SaaS duplication: the dark side of project collaboration tools

Given the rise in remote working and the subsequent importance of fostering a collaborative working environment, it’s no surprise that the project collaboration software market has experienced significant growth in recent years, and has fast become the most widely-used SaaS category in the market.

So much so that overall spending in this category alone is growing 20% annually, and is forecast to reach $145 billion in 2022.

But this growth doesn’t come without its challenges. Particularly with regards to IT compliance and wasted SaaS spend.

After all, while the use of project collaboration tools may have increased by as much as 44% between 2019 and 2021, they have also become one of the most common types of redundant SaaS applications.

In other words, they have become one of the most duplicated SaaS subscriptions.

But what do we mean by duplicated SaaS? And what does it mean for your business?

How the growth of project collaboration software is fueling SaaS duplication

With department heads being given increased autonomy to purchase software, it’s becoming more and more common for organizations to be using a number of tools that essentially fulfill the same function. Something that’s referred to as SaaS duplication.

This is particularly true of project collaboration software.

In fact, it’s not unusual to find a development team using a tool such as Jira or Wrike, whereas the marketing team could well be using the likes of Asana or Monday.com.

According to a study by GetApp Lab, 95% of project managers are subscribed to two or more project collaboration software applications, with 74% using between two and five of these tools, 16% using between six and ten, and 5% using more than ten. 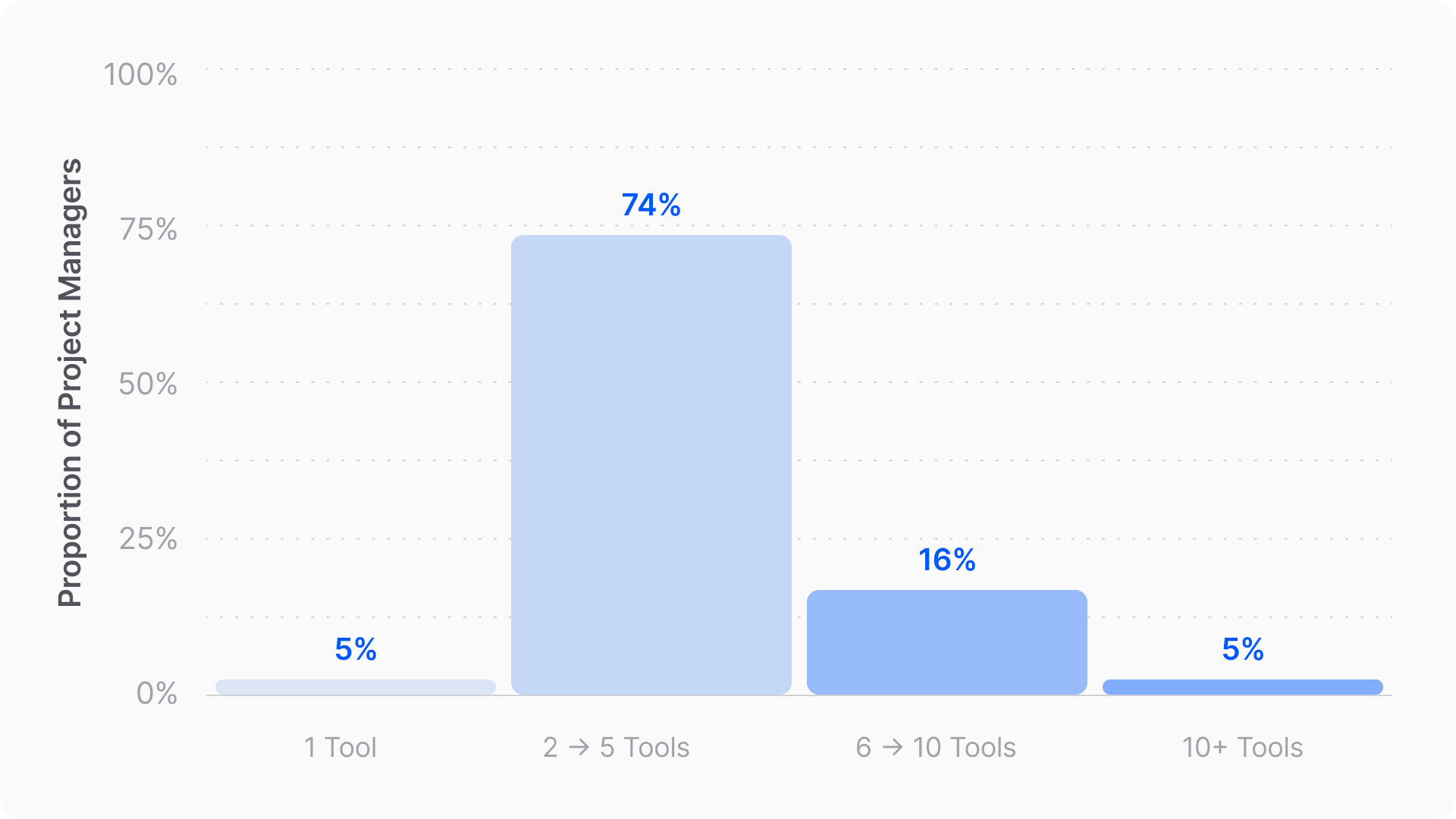 It should therefore come as no surprise that the average enterprise is using as many as 210 distinct collaboration cloud services.

The problem, however, is that with so many of these software apps now being purchased unbeknownst to both the IT and finance teams, SaaS duplication is on the rise, putting organizations at greater risk of the challenges that tend to come with a decentralized SaaS stack.

But what are these risks?

The rise and risks of SaaS duplication

In this section, we’ll look at some of the issues commonly caused by SaaS duplication.

One of the biggest SaaS challenges that organizations are currently facing is shadow IT. In other words, the use of information technology systems, devices, and software without the knowledge and approval of the IT department.

Now while there may be instances where IT and finance teams are aware of duplicate software systems — and may have even approved the use of them — chances are this won’t be the case given the additional expense of such applications.

But shadow IT is happening, and it’s happening a lot.

In fact, it’s believed that as much as 40% of IT spending takes place outside the IT department.

The question is — why?

Well, employees may be purchasing unauthorized SaaS for a number of reasons, such as:

Project management tools may be great enablers of remote and collaborative work, but they can also increase security risks such as data breaches. Which is a major concern given that they are one of the most duplicated types of software.

After all, without visibility of all project collaboration tools being used within the organization, IT teams cannot ensure that the correct permissions have been set, which means that certain employees, or even external guests added to a project, may be exposed to information or data that they shouldn’t have access to.

But perhaps even more broadly than this, lack of visibility means that certain project management tools won’t have been evaluated from a security standpoint.

In most instances, it’s cheaper for organizations to purchase extra licenses for project collaboration tools than it is to subscribe to additional tools. Which is yet another reason why duplicate SaaS is an issue, and why it is contributing to wasted SaaS spend.

It’s not the only way it’s contributing though.

When project collaboration software — or any SaaS application for that matter — is purchased at any employee level, it dilutes buyer power.

In fact, businesses as a whole have a huge amount of negotiating power to lower costs through volume discounts, gain extra features, and secure better contract terms. But when SaaS is purchased by individual employees, these advantages largely disappear.

When shadow IT occurs, central teams won’t have oversight of any impending renewal dates and renewal terms, meaning that these SaaS applications may automatically renew before it’s too late.

All in all, research suggests that the average company wastes more than $135,000 on unused, underused, or duplicate SaaS tools each year. And this number is set to rise.

In fact, as technology evolves and we see increased integration between project collaboration tools and artificial intelligence, it’s likely that even more tools will come to market.

Which means even more scope for SaaS duplication.

But SaaS duplication is preventable. As long as you know:

Only once you have completed this discovery phase, can you take control of your SaaS stack and reduce your costs going forward.

And that’s where we can help. At Vertice, we take the burden of purchasing and renewing software off your hands, saving you both time and money.

In fact, with access to the price points and software transactions of more than 13,000 SaaS vendors across the globe, we can leverage our data to secure you the best possible deal on not only your project collaboration tool, but on any of your SaaS applications.

Want to see how much other companies are paying for their project collaboration software though? Take a look at our latest report for all of the pricing and discounting data.

Alternatively, see how much we can save you with our free cost savings analysis. 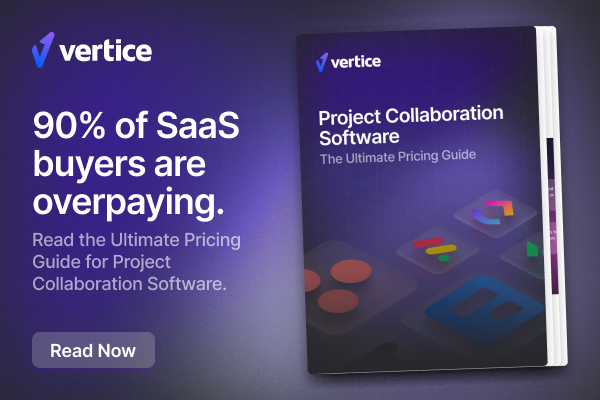